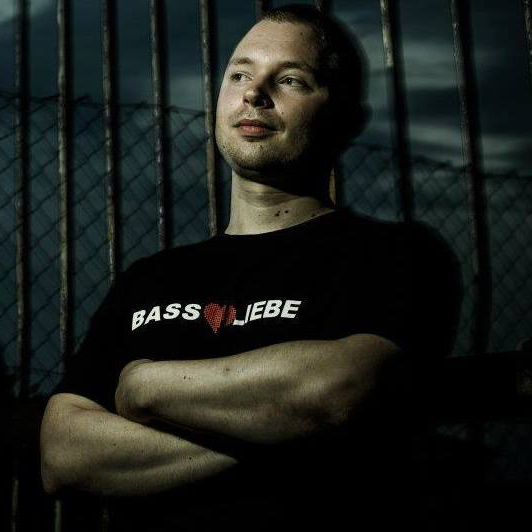  Brian Brainstorm from Cologne, Germany is a Jungle / Jump Up Drum & Bass Producer and DJ with releases on labels like Mix&Blen, 3Flow, Fine Beats Audio, Digital Roots UK, Bassliebe and more.
 He’s already gained the support of international artists like Jayline, Bass Brothers, Kenny Ken, Ray Keith, Marcus Visionary, Liondub, Heist, Logan D, Total Recall, Ruffstuff, Fineprint, Premium, Harvest, Ricky Tuff and AK1200 to name but a few.
 
Brian Brainstorm started producing in 2009 and soon made a good impression on the bass music scene with a wide range of different styles at 105, 140 and 175 beats per minute. His productions hit the Beatport charts in 2010 and got played by some big artists including Paul van Dyk and Downlink.
 
His increasing fascination for underground Drum & Bass and a lot of positive experiences with live gigs in the local area caused his decision to focus only on this genre. In 2011 he became a Resident DJ at the Bassliebe events in Cologne where he played gigs alongside Benny Page, Bladerunner, Serial Killaz, Visionary, Bredren, 50 Carrot, Coffi and many more.
 
His ravey and powerful sets consisting of smashing UK Jump Up alongside Oldskool and NuSchool Jungle Music went down very well with the local crowd so he decided to steer his productions exactly in that direction, always dance floor oriented with hard smashing drums, a dirty crunched Jump Up bass line or a deep Jungle sub smartly arranged with an interesting arc of suspense.

In 2012 Brian Brainstorm got signed on the German Jump Up labels Phantom Dub Digital and Hooverbass Records and a year later his first UK releases on Roll The Drums Recordings and Fine Beats Audio caused a huge wave of DJ support by some of the biggest selectors in the scene and a lot of DJ bookings in Germany. (For example Brain Klub Braunschweig, Subland Berlin, Live Music Hall Cologne)

He continued the success with the jungle releases “Hand Inna Di Air” on Digital Roots UK and “Shock Out” on Kenny Ken’s label Mix&Blen (Both climbed to the top of the trackitdown.net Drum & Bass charts) and the release of his “Gunshot Skank” EP on 3 Flow Recordings has just been announced so expect nothing but pure fire from Mr. Brainstorm over the coming year as his sound sweeps the globe...